Cryptocurrency crashes do not deter players

Billions of dollars in capitalization were blown away after the collapse of Luna, but many people continue to pour money in with the belief that the project will revive. 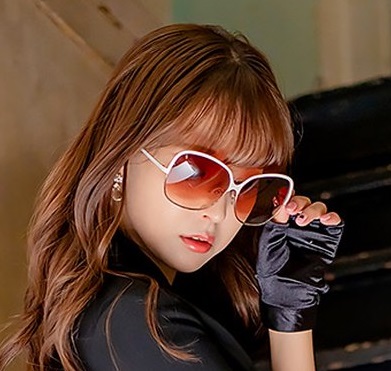 Since May 9, the cryptocurrency market has been in turmoil as the prices of two Terra tokens, Luna and UST, have been in free fall, from a market capitalization of more than $30 billion a week earlier to around $70 million. Players around the world almost lost their accounts after the crash, "sharks" like Changpeng Zhao, founder of cryptocurrency exchange Binance, or billionaire Michael Novogratz of Galaxy Digital investment fund were also blown away. hundreds of millions of dollars.
Many investors lost their savings and fell into debt when the Luna project collapsed. Photo: Nasdag
Many investors fell into debt when the Luna project collapsed. Photo: Unsplash
How does Luna cost players?
Surgeon Keith Baldwin, 44 years old in Massachusetts (USA), told the Wall Street Journal that he has saved $ 177,000 in 10 years. Last year, he invested his money in USD Coin (cryptocurrency pegged to the USD) with an interest rate of 9% a year. In April, he transferred all of his money into TerraUSD (UST) with 15% interest. When UST plunged, more than 90% of his money "evaporated" in a few days.
Baldwin says he is not a fan of cryptocurrencies. He wanted to use his savings to buy a house and send his children to school, but Tera's collapse ruined all his plans. Now this doctor is having to tighten his spending to make up for the lost money. "I don't want my children to be implicated for the mistake I made," he said.
Meanwhile, a woman named Valeria, 47 years old in Buenos Aires (Argentina) told Rest of World that she earns 300 USD a month selling food at home. However, due to inflation and insecurity about keeping money, she used all of her $1,000 savings and $500 borrowed to invest in UST. This woman believes the advertisement that UST is pegged 1:1 to USD.
Valeria carefully spent months learning about the Terra project before investing. But in May, the "catastrophe" Luna took place, causing the price of UST to plummet, losing the one dollar mark. Now, UST is only 3% of its value. Watching her savings fly away, Valeria was helpless when she couldn't withdraw, all Luna and UST transactions were stopped. “I am disappointed and frustrated for having invested in a falling stablecoin,” she said.
No lessons learned
According to Vice, the Luna crisis contributed to wiping out $1.6 trillion in the market capitalization of the cryptocurrency market. But not long after the "pain" that Terra caused, on May 28, the new protocol Terra 2.0 was approved and officially launched. A few hours later, some exchanges started listing Luna 2.0 and the coin was actively traded. The token price sometimes increased 60 times to 30 USD but quickly fell to 6 USD.
"A recently disbanded protocol is revived and the market is still buzzing as if nothing happened, billions of dollars continue to be poured into new projects," Vice commented.
Another example of the madness of the crypto market is that at the end of May, Adam Neumann, the scandalous former CEO of WeWork, returned to the Flowcarbon project with the goal of tackling climate change with blockchain. Specifically, he wants to put CO2 credits (Carbon Credits) on the blockchain, making CO2 trading easy and cross-border. According to economics professor Robert Mendelsohn at Yale University, this is actually just a purely economic and money-making project, because buying and selling CO2 credits does not help reduce emissions to the environment.
Neumann has been known as a "super cheat" in the technology startup world since 2019. He once exaggerated about his startup, helping the company to be valued at $ 47 billion. However, after the IPO filing was announced, WeWork's disastrous results showed that the company had no means to achieve such a huge valuation.
Despite the notoriety of the founder and the meaninglessness of the project, Flowcarbon still received a $70 million funding from an affiliate of a16z, a well-known venture capital firm in the crypto world.
Economist Paul Krugman says large investors like a16z and individual users seem to have nowhere else to go. Many people look to cryptocurrencies as an investment, similar to real estate before, no matter how big of a risk they carry.
According to Vice, cryptocurrencies are being viewed as a commodity, not much mentioned about security or sustainable development after the crisis. People lost everything when participating in the cryptocurrency market more and more, but the projects that have just collapsed continue to be revived spectacularly. In the whirlpool of the cryptocurrency market, users are constantly calling to "catch the bottom" but no one knows where the bottom is really. "After the turmoil of the market, it seems that there are no clear lessons to be learned, no one learns after the crashes," the site said.
Banking bitcoin