Confessions of people who poured all their money into Bitcoin

Steven soon saw the potential of Bitcoin, but his addiction to buying and selling cryptocurrencies caused him to lose his wallet worth more than $410,000. 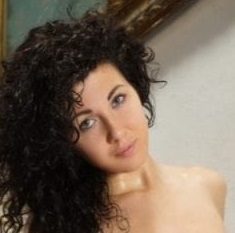 teen is in rehab and rehab in Scotland. He expressed fear that young people will be lured into high-risk transactions, accompanied by the risk of addiction by promises of wealth.
"An entire generation thinks they can win, can beat the market with a small cell phone. I'm terrified of that," he said.
Steven's worries stem from the rapid popularity of cryptocurrencies to the masses. When he first invested in 2015, cryptocurrencies were almost meaningless to everyone. They are now hailed as an alternative to the traditional financial system.
Some digital asset trading platforms are regulated in the UK, but cryptocurrencies and tokens are not. Heads of digital asset companies do not need to prove they are competent and trustworthy enough to manage other people's money, nor do they have to maintain cash to pay investors in the event of bankruptcy.
Amid a lack of oversight, many experts fear that cautionary tales about crypto addiction syndrome like Steven's will be drowned out in the midst of positive messages.
Dr. Anna Lembke, a lecturer in psychiatry at Stanford University School of Medicine (USA), mentioned the impact of social networks when motivating more people to participate in cryptocurrency trading activities, with many signs similar to gambling addiction but does not clearly represent the risk.
“When you combine social media with financial platforms, you create a very powerful drug,” she commented, arguing that posts about cryptocurrencies on social media will create a fear of missing out. (FOMO) and drive more market participants.
"The crowd mentality makes people talk about the same topic, win and lose together, and share very strong emotions, causing the brain to produce dopamine, followed by a lack of
Banking bitcoin cars