Those who lost their homes, lost money because of Luna

By news tets - May 14, 2022
Many people said they lost all their savings and were at risk of losing their homes after the price of the Luna token plummeted from tens of dollars to near zero.
The price of cryptocurrency Terra (Luna) once peaked at 119 USD before returning to 86 USD per coin on May 6. However, a few days later, the token plummeted to $5, down almost 100% in value, and is now at just $0.0002.
Victims of this sudden crash are diverse, from billionaires who run cryptocurrency exchanges like Coinbase and Binance to retail players who use their savings to invest. 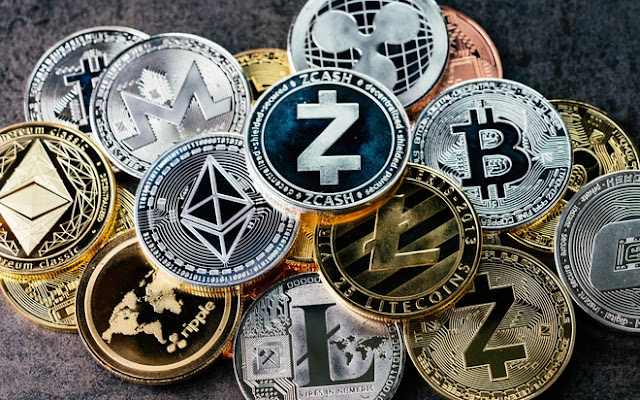 "I lost more than 450,000 USD and can't repay the bank loan, so I will lose my house and become homeless" is the content of one of the posts that is attracting the most views in the Terra Luna thread on the Reddit forum.
"My former colleague also tried to commit suicide. He put all his savings into cryptocurrencies from 2021, of which Luna accounted for a large part," one person said.
Exchange Binance has suspended withdrawals from the Terra network on the grounds that "the transaction pending withdrawal is too large to block the system", leaving those who want to sell unable to do anything."I should have sold it as soon as it cost 100 USD, so I could get up to 25,000 USD. But I was greedy because I wanted more money to buy a house for my family. Now I don't have a family. and money," lamented the No-Forever member on Reddit."Can't believe this happened. I lost more than $60,000 overnight and can't do anything. Can't sell or buy, can only watch it burn down right in front of my eyes. It's crazy." Other articles have paragraphs.

The Reddit forum administrator had to pin the thread with a psychological helpline after many people expressed concern about the consequences of the plunge.

Luna is not the only cryptocurrency to drop in value this week. Bitcoin dropped to $28,300/dong on the afternoon of May 12, down nearly 60% from the peak of $69,000/dong. The entire cryptocurrency market is now worth $1,200 billion, less than half of what it was at $2.9 trillion in November 2021.The collapse of Terra Luna is considered a disaster of the cryptocurrency market. It is surprising because this cryptocurrency is classified as a "top coin", is among the 20 strongest coins by market capitalization, has a clear development path, is invested by large funds, so it is very popular. believer. Although there are no specific statistics, a cryptocurrency expert said that the number of people investing in Luna in Vietnam is not small.On Vietnamese social networking groups, the topic Luna appeared with a sharp increase in frequency from May 9. Some admitted they lost all their properties, when the damage was listed from tens to hundreds of thousands of dollars, some even lost nearly a million dollars.Terra is a blockchain created by Terraform in 2018 with two founders, Do Kwon and Daniel Shim. The Terra network uses the DPoS consensus mechanism, which allows smart contracts to create a variety of stablecoins. The most famous of which is UST, the fifth largest stablecoin by market capitalization as of May 9.Luna is Terra's project governance token, which plays an important role in the UST and its stablecoins. In principle, UST is the material to make Luna and vice versa, Luna is also needed to cast UST. According to experts, the only way for the Terra team to save the situation is to accept the sacrifice of one of the two tokens. CEO Do Kwon on May 11 said he chose to keep UST. However, efforts to save the UST were also unsuccessful. This stablecoin has also plummeted from $1 to $0.17."There are a lot of people who have suffered greatly. In the cryptocurrency world, only the strong survive, the weak will be eliminated," said Garrick Hileman, research lead at Blockchain.com. He is optimistic about the long-term prospects of the cryptocurrency, but thinks the current drop shows that amateur players need to be especially careful."I sympathize with those who are losing because of this situation. But you should not invest more than your idle money," he said.