Statistics for the period from September 2021 to January 2022, just released by the University of Cambridge, show that the hashrate - the computing power of Bitcoin networks - has fluctuated wildly. In particular, China has been banned from mining this type of digital currency for a long time but still ranks second globally.
Specifically, after the Bitcoin mining ban in June 2021, the hashrate in China plummeted to zero during the following two months. However, in September, the index suddenly increased to 30.47 terahashes per second (TH/s), making China the second largest region globally, accounting for 22.29% of the total market. 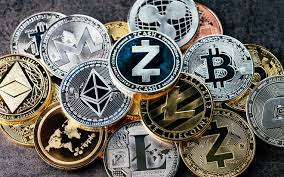 In the following months, the country's hashrate index fluctuated only slightly and remained in second place. As of the end of January, China is still the major Bitcoin mining hub with 21.11%.
According to CoinDesk's assessment, the recovered hashrate shows that many Bitcoin miners in the country are still secretly mining cryptocurrencies despite the ban. Instead of being public as before, they find ways to circumvent the law by hiding their IP addresses on proxy servers, using private grid electricity to avoid government scrutiny, and even building underground mines in remote areas. secluded so as not to be detected.
As of April 2021, China accounted for 46% of the global Bitcoin network activity, while the US came in second with 16.8%. Beijing's ban brought about an almost immediate halt to cryptocurrency mining operations. The "buffalo plows" are then transported by diggers all over the world, mostly through the US and Kazakhstan.
In addition to China, some places like Kosovo, Kazakhstan and Iran are also tightening Bitcoin mining operations.
According to data from Cambridge University, the US is currently the world leader in Bitcoin mining activity with 37.84% as of January with mining capacity increasing from 42.74 EH/s in August 2021 to 70.97 EH/s earlier this year. The remaining countries are Kazakhstan ranked third with 13.22%, Canada with 6.48% and Russia with 4.66%.
Banking bitcoin Crypto cryto Money