According to CNBC, in his 2019 speech, Chinese President Xi Jinping emphasized blockchain as "an important breakthrough in innovation, core technology autonomy". After the keynote, blockchain was elevated to the priority list, along with some other core autonomous technologies such as semiconductors. But unlike other countries, China does not encourage cryptocurrencies - one of the applications of blockchain.
Over the years, China has gradually built its own platform to facilitate the implementation of blockchain technology for domestic organizations and enterprises. The platform is called a Blockchain-Based Services Network (BSN). Construction has been quiet, unobtrusive, but some important progress has been made.
Blockchain is considered the key technology of this decade. Proponents say it can help bring transparency and speed to processes that are slow and expensive, such as cross-border money transfers. In particular, the application of smart contracts (smart contracts) is expected to be key in areas such as trade finance.
"We think blockchain technology is so powerful that it will change the entire Internet and almost the entire current IT system architecture," said Yifan He, CEO of Red Date Technology - one of the members of the company. BSN, comments.
"Blockchain technology in general is very important to China. Chinese government officials consider the current technologies that businesses apply as a development barrier, so they want to promote the application of blockchain to solve problems. real-world problems," said Paul Triolo, a leader at technology consulting firm Albright Stonebridge.
Red Date Technology, based in Hong Kong, is one of the founding companies behind BSN. The project is also supported by organizations affiliated with the Chinese government, such as the State Information Center (SIC) under the National Development and Reform Commission (NDRC). China Mobile, a state-owned telecommunications company, also backs the project.
What can China's BSN do? 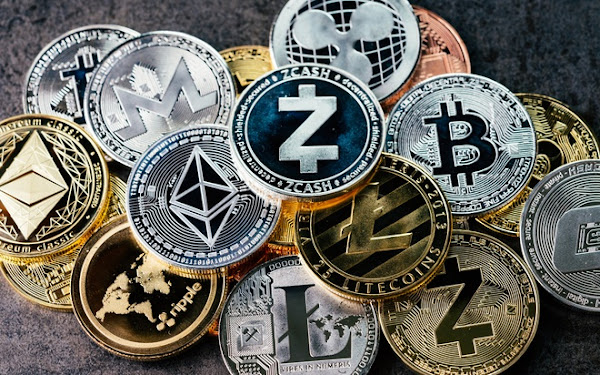 BSN is aimed at companies, especially those that specialize in operating cloud computing infrastructure. They can apply to large cloud platforms from Amazon or Microsoft, to units that only use private cloud for internal use.
The BSN serves as the "one-stop shop" for deploying blockchain applications in the cloud - a process that can be expensive and time consuming. Its appeal compared to other forms of blockchain is trying to solve today's difficult problem: interoperability, i.e. making different blockchains work compatible with each other.
For example, there are two banks adopting blockchain. If both have applications built on the blockchain, they may not work together. But if operated through the BSN infrastructure, they will be interoperable.
For companies that want to adopt blockchain, BSN will allow them to do it through a cloud provider, instead of setting up a bunch of new servers to build their own blockchain platform, making it easy to deploy without any hassle. incur high costs.
"The current demand is not great, but I believe in 10 years, all cloud platforms will have a standard environment to handle all blockchain-related applications," He predicted.
However, one thing that sets BSN apart from the rest is that it doesn't build and control its own blockchain. Besides, there is not any cryptocurrency attached to the platform, as the Chinese government has banned it since the middle of last year.
In fact, this is not necessary for businesses either. According to Jehan Chu, a manager at investment fund Kenetic Capital in Hong Kong, the government and large-scale companies do not want or need a cryptocurrency tied to their infrastructure.
“BSN is suitable for businesses that want to provide an attractive blockchain infrastructure and do not want to be involved with cryptocurrencies, which have a large risk nature and volatile value,” commented Chu.
The challenge of reaching out to the world
BSN now aims to be available worldwide. According to some sources, BSN is trying to separate out the global market-oriented division called BSN International, reducing the backing of the Chinese government.
"It's a big challenge," He said. "However, BSN will try to provide an international version in an open source format, allowing participants to intervene deeply to remove potential backdoors."
Besides, he also thinks that the lack of a digital currency element on the BSN blockchain is also a challenge. He predicts "a lot of people won't care" when a platform is adopted that doesn't involve cryptocurrency.
“There is a difference between China’s ambitions to support China’s domestic blockchain development ecosystem and the decentralized nature of blockchain technology,” said Garrick Hileman, head of research at Blockchain.com. general," commented Hileman. "Unless China finds a way to make other people feel comfortable with its blockchain, it can't go global."
Banking bitcoin Crypto cryto Money