Natural disaster insurance: How to protect your home from hurricanes, wildfires and more

Climate change is continuing to cause massive destruction across the US and the rest of the world. Bill Gates warns that climate change disasters could become just as deadly as COVID-19.

Last year was the fifth warmest year on record and saw 22 events, including record numbers of hurricanes and wildfires, that individually caused over a billion dollars in damages -- making natural disaster insurance coverage more important than ever.

Will the fires and storms calm down moving forward? Don't bet on it. The US Global Change Research Program's fourth report on national climate assessment concludes that climate change is only going to increase the occurrence and severity of billion-dollar disasters. For homeowners, this means taking action now to protect your home, property and investments. 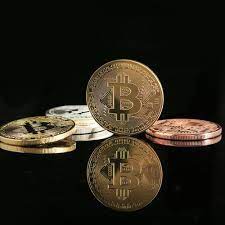 A traditional homeowners insurance policy protects against some damages from natural disasters -- depending on the type of disaster and where you live -- but it  won't protect your home against everything. To mitigate expensive repairs and rebuilding costs, you'll need to purchase additional coverage.

Homeowners insurance is the bare minimum you need to protect your home. If you live in an area that is prone to natural disasters, such as wildfires, hurricanes or earthquakes, supplemental insurance may be needed.

According to the Insurance Information Institute, there were 58,950 wildfires across the United States in 2020.

And, with another state of emergency declared in California, another moratorium is forthcoming to prevent homeowners from losing coverage in high-risk zip codes as wildfires continue to rage across the state.

"Due to the Wildfire Catastrophes of 2017, 2018, 2019, 2020 and 2021, Insurance Companies in California have been paying millions of dollars in claims to their policyholders," says Andy Barajs from State Farm.