Prices: Bitcoin, ether and other major cryptos continued their recent dive amid growing concerns about inflation and recession.

Technician's take: BTC is not yet oversold and is roughly two days away from a pause in selling pressure.

Catch the latest episodes of CoinDesk TV for insightful interviews with crypto industry leaders and analysis. And sign up for First Mover, our daily newsletter putting the latest moves in crypto markets in context.

The largest cryptocurrency by market capitalization continued its plunge of the past two weeks on Monday as investors kept backing off speculative assets amid ongoing concerns about inflation and a possible global recession.

Ether, the second-largest crypto by market cap, was trading slightly over $3,000 – a more than 6% decline over the same period – after dropping below this threshold earlier in the day for the first time since the middle of last month.

Other major altcoins fared even worse, with Terra's LUNA token, SOL and ADA all in the red by double digits. Meme coins DOGE and SHIB also were beaten down significantly. Trading was light.

Crypto market performance trailed equity markets, although those were off as well with the tech-focused Nasdaq down 2.1% and the S&P 500 off 1.6% as investors awaited the Tuesday release of the Consumer Price Index, which is widely expected to show inflation worsening in March. 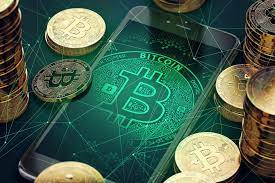 In an email to CoinDesk, FxPro Senior Financial Analyst Alex Kuptsikevich highlighted an "increasing correlation" between crypto markets and stocks, particularly with the Nasdaq index.

"This relationship is easily explained by the fact that in both cases, investors are betting on a progressive idea and not on a stable income," he wrote.

Russia's invasion of neighboring Ukraine has disrupted supply chains and increased energy costs that were already spiraling prior to the conflict.

On Monday, Russian forces continued to mass for an attack in the eastern region of Donbas in an attempt to link the area to the Crimean peninsula on the Black Sea.

Noting the decline in bitcoin's 50-day moving average to near $42K, Kuptsikevich wrote that the crypto could see worse days ahead. "Fixing below this level may open a direct path to the area of March lows near $38K," he said.