Will the US Have a Cryptocurrency? What to Know About Biden's Bid for a Digital Dollar

Here's how the White House is setting the stage for a federal digital assets policy.

To date, the federal government has largely stood by during cryptocurrency's meteoric rise.

But that may be changing. On March 9, President Joe Biden issued a historic executive order calling on the Treasury Department to consider creating a government-controlled digital currency. 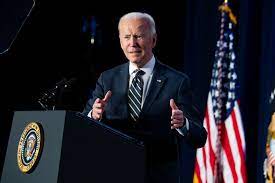 It directs the departments of Treasury, Commerce and Justice, as well as the Federal Reserve, the Office of Science and Technology Policy, and other government agencies to research the risks and rewards of cryptocurrency, a market now valued at approximately $1.7 trillion.

While the order doesn't announce any new industry regulations, it hints that such regulations could be on the way.

The Department of the Treasury is also expected to determine whether it would be feasible to issue a US-backed central banking digital currency, also known as a CBDC or "digital dollar," similar to the ones China, Sweden, the EU and other nations are working on.

Some 40 million American adults, or 16% of the entire population, have used, invested in or traded cryptocurrencies, according to the Pew Research Center.

The White House is eager to shore up oversight of something that involves so many Americans and, according to the order, "safeguard against any systemic financial risks posed by digital assets."

Just last month the Department of Justice seized $3.6 billion in stolen bitcoin associated with the 2016 hack of cryptocurrency exchange Bitfinex, the largest financial seizure in history.

This is also a chance for the US to regain its foothold as the dominant economic world power.

The order tasks the Department of Commerce with "establishing a framework to drive U.S. competitiveness and leadership in and leveraging of digital asset technologies."

There are concerns about the environmental impact of digital assets, with Biden's order noting their substantial implications for "climate risk" and calling for "responsible development, design, and implementation" of cryptocurrency.

To mine bitcoin, warehouses of high-power computers run 24 hours a day, consuming more energy in a year than all of Finland, The New York Times reported -- or nearly 0.5% of all electricity consumption worldwide, a tenfold increase from 2017.