What Can You Buy With Bitcoin?

When it was launched in 2009, Bitcoin was supposed to be a medium for daily transactions, making it possible to buy everything from a cup of coffee to a computer or even an apartment. 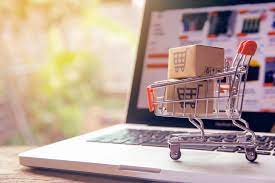 Its trajectory veered somewhat after launch—it became a favorite conduit for many criminal activities.

Still, that's not all that Satoshi Nakamoto's creation is used for. The range of products and services you can get legitimately with bitcoin may be wider than you think and it grows by the day.

Over the years, retailer and consumer acceptance of bitcoin has mirrored its wild ride in crypto markets. In the wake of its dizzying upswing in value in 2017, many retailers announced that they would begin accepting it at their stores—only to back away from the decision later.

In recent times, however, more and more companies have come around to the idea of integrating bitcoin into their operations.

The easiest way to buy anything with bitcoin is to use a crypto debit card. Such cards are preloaded with the cryptocurrency of your choice. While you spend crypto, the retailer receives fiat money as payment.

Crypto debit cards partner with payment-processing giants like Mastercard and Visa to ensure that these transactions occur seamlessly.

While the number of institutions accepting bitcoin is growing by the day, large transactions involving it are rare. For example, very few real estate deals using cryptocurrency have been reported.

Even so, it is possible to buy a wide variety of products from e-commerce websites using bitcoin. Here are some of the most active categories.

Some car dealers already accept bitcoin as payment. The list spans a range of vehicles and encompasses luxury dealers that sell Lamborghinis (a favorite with bitcoiners) to those offering more utilitarian vehicles like Subarus.

Electric carmaker Tesla has become the biggest and most recent name to join the list of companies that enable you to purchase cars with the cryptocurrency.

Tesla founder Elon Musk is a crypto enthusiast, based on his Twitter feed, and has said that he supports bitcoin.