By news33 - March 16, 2022
Let’s talk about artificial intelligence. AI is a growing segment of the tech sector, finding uses in almost every industry, especially those featuring autonomous systems. Self-driving cars, industrial robots, call center chatbots, even the smartphones in our pockets – all of them have some connection with AI and machine learning tech. It has already changed the face of the digital world, and its revolution is far from over. 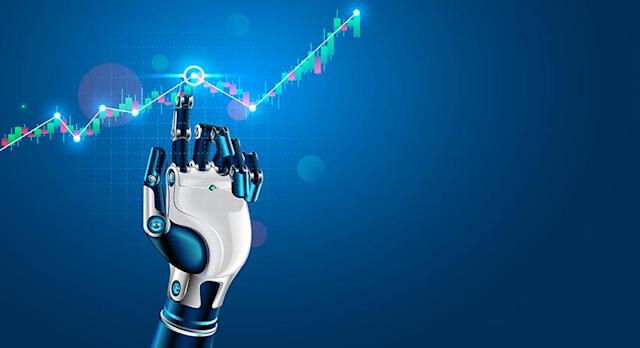 A tech with such a profound and wide-ranging impact will also make itself felt in the stock markets – that much is certain. Companies will move in, to make use of AI or to produce AI, or both, and their actions will open up plenty of opportunities for investors. AI isn’t just an important new tech, it’s also a driver for new investment capital and returns.
Top analysts from investment firm Truist have found a couple of AI stocks that they believe are primed for further growth. According the TipRanks data, these are Strong Buys, with over 40% upside potential for the months ahead. Let's take a closer look.
Five9 (FIVN)
We’ll start with Five9, a tech company offering AI software on the cloud, tailored for use in the contact center niche. Five9 offers a series of AI-powered cloud software solutions for call centers in a wide range of industries, including telemarketing, financial services, customer service, healthcare, retail, and outsourcing. The company’s AI products include intelligent virtual agents, workflow automation, and interactive voice response, and reporting and analytics. Five9 boasts over 2,000 global enterprise customers, and more than 7 billion interactions annually.
In the last reported quarter, for 4Q21, Five9 reported $173.6 million at the top line, up 36% year-over-year to a company record. On a non-GAAP basis, EPS rose from 34 cents one year ago to the currently reported 42 cents, for a gain of 23%. Looking at the full year, Five9 had over $609 million in total revenues for 2021, again a company record, compared to the $434 reported in 2020. However, for 1Q22, the company said it expects to report non-GAAP profit of 12 cents to 14 cents a share, well below Wall Street consensus forecast of 21 cents.
Despite the earnings miss for this quarter, Truist’s 5-star analyst Terry Tillman believes the overall upward trajectory bodes well for the company. He writes, "[Five9] commented that 2022 is poised for even greater international headcount. On the product side, the company noted that usage of IVAs among FIVN customers has tripled y/y, with IVA accounting for 10% of enterprise bookings in new logos in 2021. We believe the company is set to continue benefiting from its position in AI and its overall automation story along with IVA, Agent Assist, and the Workflow Automation capabilities.”
These comments back up Tillman’s Buy rating, and his $150 price target suggests that Five9 has potential gains of ~61% ahead of it. (To watch Tillman’s track record, click here)
Overall, Five9’s Strong Buy rating reflects a bullish consensus. The 18 recent analyst reviews include 16 Buys, 1 Hold, and 1 Sell; the shares are priced at $93.26 and the $150.59 average price target is practically the same as Tillman’s. (See FIVN stock forecast on TipRanks)
Nvidia Corporation (NVDA)
The second Truist recommendation we’ll look at is Nvidia. This semiconductor giant has built a solid reputation for the quality of graphics processors and memory chips that have been in high demand among both dedicated gamers and professional designers. More to the point, for this article, this top-ten chip maker’s products have found a niche in the AI industry, and the GPUs have the necessary computing capacity to power artificial intelligence tech.
That, however, is not the limit of Nvidia’s exposure to AI. The company uses the tech, too, in its own chip design and production lines. It’s a case of AI being used to build better AI – literally, on the hardware end.
Nvidia has shown 7 straight quarters to top line revenue growth, with the $7.64 billion reported in 4Q22 being up 53% year-over-year, and a company quarterly record. Fiscal year 2022 revenues were up 61% to $26.91 billion, also a company record. Earnings gains were also extreme, and the $1.32 non-GAAP EPS reported in Q4 was up 69% y/y, and 13% sequentially. The quarterly EPS was also 7% better than the forecast
In his coverage for Truist, 5-star analyst William Stein described Nvidia as ‘*the* AI company,’ and attributes that 'partly to its high-performance GPUs that provide the necessary parallel compute capability.’ He goes on, however, to note “NVDA's culture of innovation, ecosystem of incumbency, and significant investment in AI software tools and models. This creates a moat that challenges new entrants and supports NVDA's structural growth. Its investments in other aspects of parallel compute (especially graphics) solidify its position in gaming / e-sports and professional visualization. These make NVDA a unique asset in semis: a large-cap company with structural growth characteristics, justifying a premium multiple.”
Stein’s Buy rating on NVDA stock is in line with his commentary, and his $350 price target implies a one-year upside of ~43%. (To watch Stein’s track record, click here)
Stein’s objective is virtually in-line with the Street’s average target, which currently stands at $352.65. This top stock’s Strong Buy consensus rating is based on 21 recent reviews, that include 17 Buys against 4 Holds.
bitcoin Crypto stock