Stock futures opened lower Thursday evening to give back some gains from the regular trading day, as traders remained upbeat about the Federal Reserve's measured first move on raising interest rates. 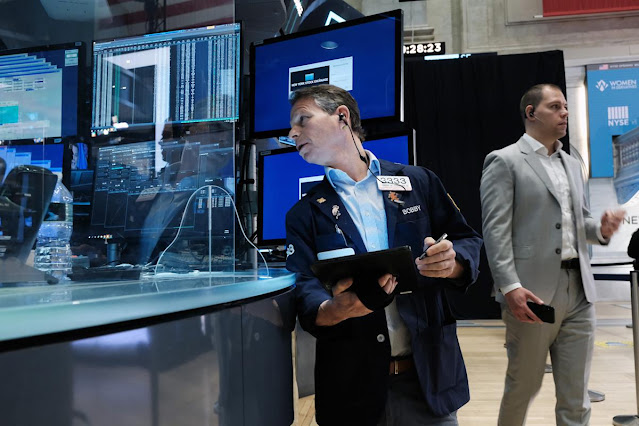 Contracts on the S&P 500 edged lower. The index posted a third consecutive day of gains during Thursday's session in its longest winning streak in more than a month. U.S. crude oil prices rose for the first time in four sessions to settle back above $100 per barrel, and the 10-year Treasury yield held above 2.16%.

For U.S. equity investors broadly, news this week that the Fed opted for a 25 basis point rate hike and charted out a route toward six additional rate hikes later this year helped provide clarity on the future monetary policy path and removed an overhang of uncertainty. The size of the interest rate hike was taken as a carefully considered first move, beginning the process of addressing inflation while avoiding delivering a major shock to markets already weighing Russia's war in Ukraine.

"They took what I would consider the safe route, which was to do 25 basis points," Sonal Desai, Franklin Templeton Fixed Income chief investment officer, told Yahoo Finance Live on Thursday. "Absent what we are seeing on the geopolitical stage right now, they probably would have gone for 50. So I definitely would not rule out a faster, more front-loaded pace of rate hikes going forward."

And later, Fed officials may also upwardly revise its projections for where interest rates will end this year, in the event that inflation does not moderate quickly, Desai added. Based on the Fed's projections from Wednesday, short-term interest rates would likely end the year around 1.75%.

"I could see them going up to 2% this year — we could expect, by the end of next year, looking at something closer to 3%," she added. "So I'm looking at what the Fed has done. I think it was what as needed because it may come across as hawkish, but the Fed is enormously behind the curve at this point."

Technology stocks in particular got a boost following the Fed's decision, with some of the most badly beaten down growth names recovering some year-to-date losses. While some strategists suggested the bottom may have been put in for most tech stocks, others were less certain.

"We did get the hawkish statements out of the Fed [Wednesday], and even though they're going to be stiff headwinds for tech stocks and other aggressive growth companies, the data is now known. And when it's known, it's absorbed in the market," Paul Meeks, Independent Wealth Solutions Management portfolio manager, told Yahoo Finance. "The thing that I still worry about, and it keeps me away from go all-in in tech, is what's going on in Eastern Europe, because if we still have geopolitical risks, we still have risks to these stocks."