Last Monday, Sea Ltd. employees were starting their week when an email from Chief Executive Officer Forrest Li arrived. In the 900-word memo, the billionaire adopted a contrite tone, addressing head-on a $150 billion plunge in his company’s value since late 2021. 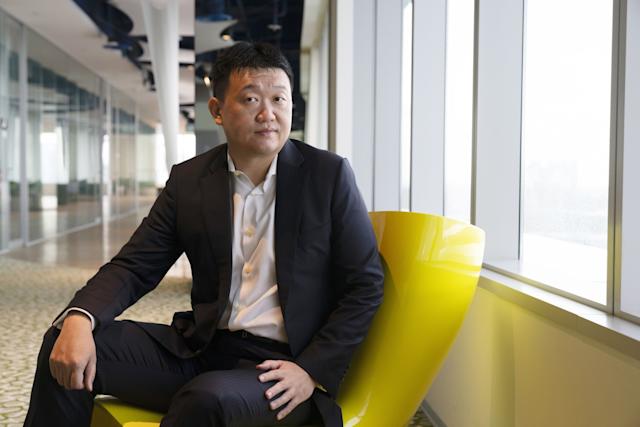 “This drop is painful, and you might be feeling frustrated, disheartened, or worried about Sea’s future,” the 44-year-old wrote in his email seen by Bloomberg News, sent company-wide the first working day after Sea notched its third-biggest stock decline. “Do not fear: we are in a strong position internally, and we are clear on our next steps. This is short-term pain that we have to endure to truly maximize our long-term potential.”

Li’s missive was unusual and underscores changes underway at the gaming and e-commerce giant. In recent years, with the business growing rapidly, the founder addressed his troops mainly to celebrate key milestones. But after a run of extraordinary setbacks this year -- including India’s abrupt ban of its most popular mobile game -- the company is showing signs of acceding to demands from shareholders and employees for more openness.

Global investors that rode a 2,300% rally from 2017 to 2021 had long been content to let Sea go about its business. That began to change in November, when a disappointing quarterly report prompted a bout of profit-taking. The selloff quickened in January when biggest backer Tencent Holdings Ltd. announced it was selling part of its stake, then accelerated with India’s ban in February before culminating in horrendous quarterly earnings this month. All told, Sea lost three-quarters of its value in five months.

Fund managers in recent months began to urge Sea to be more transparent about its strategy and numbers, according to people familiar with the matter. During an earnings call last week, Li made unusually long and detailed remarks. He rarely talks about his ambitions at public forums, deferring communications to Group Chief Corporate Officer Yanjun Wang, a tight-lipped lawyer.

During the call, Sea provided new and more specific data including its first annual guidance for financial-services arm SeaMoney and unit economics for online-shopping arm Shopee in Brazil, as well as for Southeast Asia and Taiwan.

“If not for the declining share prices, Sea might not have disclosed so many metrics,” said Kelvin Seetoh, a shareholder and co-founder of Singapore-based investor group 10X Capital. “They could be doing this to allow investors to understand their business better and it’s not too late.”

Sea said additional disclosures reflect the growth and evolution of the business. “As our businesses continue to grow and evolve around the world, we continue to share relevant information about those changes and our performance consistent with our long-standing commitment to our investors,” the company said in a statement to Bloomberg News.

Employees, too, are requesting more information. In early March, Singapore-based consulting startup Momentum Academy organized a webinar enticingly titled “Off the Record -- Behind Shopee’s Doors” to discuss inner workings at the Sea unit. Among the more than 400 people attending were Shopee employees, eager to hear from the researchers with no ties to the company.

The pressure has triggered an internal debate among some teams as to how much the company should share publicly, said the people, who asked not to be named as the matter is private.

Sea’s early tendency to share as little as possible stands out in industries where publicity is often sought. Unlike most gaming companies, its Garena unit almost never discloses upcoming titles. Senior executives began talking about Sea’s ambition to become a global internet company only two years after Shopee started operating in Brazil. A French business was started with little advance warning and then abruptly shut down.