The new Lotus Eletre SUV boasts at least 592bhp, while targeting a range of 373 miles on a single charge.

Lotus is entering a new era and a new sector of the market with its first-ever SUV, the all-electric Eletre. Retaining the British brand’s naming convention of models starting with an E, the Lotus Eletre has been described as “a momentous point in our history” by the brand’s managing director, Matt Windle. 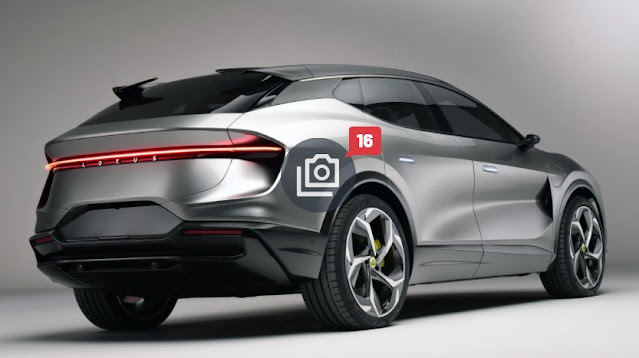 Based on an all-new 800-volt platform called Electric Premium Architecture, the new model is powered by a battery of more than 100kWh (an exact figure for available energy hasn’t been confirmed) that feeds a pair of electric motors – one on each axle – for a targeted minimum total power output of 592bhp. This will rise for higher-spec, even more performance-focused versions, with Lotus aiming for the fastest Eletres to deliver a 0-62mph time of less than three seconds.

By their very nature, EVs are heavier, and while the Eletre is a departure from Lotus’s traditional models and company founder Colin Chapman’s principles of a low kerbweight, there are plenty of innovations in keeping with the marque’s ethos. Lotus’s approach to reducing mass has still been at the heart of development, and the Eletre “takes the core principles and Lotus DNA from more than 70 years of sports car design and engineering, evolving them into a desirable all-new lifestyle car for the next generation of Lotus customers”.

The three-in-one electric motor system that integrates motor, controller and reducer into one package helps save weight in an EV context, for example. Carbon fibre and aluminium have been used extensively throughout the car’s construction, too.

Aerodynamics have also played a large part in the car’s engineering, with a reduction in drag helping to boost the Eletre’s targeted range to 373 miles, as well as shaping much of the car’s design. With 350kW rapid-charging capability, the car is capable of adding 248 miles of range in just 20 minutes.

The Eletre’s aerodynamics benefit from cues taken from the Evija hypercar, most notably the rear tunnels – albeit adapted for the requirements of a passenger SUV.  Lotus calls this “porosity”, with air being channelled through the car, as well as around, over and under it. This is evident at the front, where a large vent in the bonnet works in conjunction with the active grille, ahead of and behind the front wheels, as well as the tunnels that exit in the rear bumper behind the wheels; these have been inspired by the Evija. There are also vents at the top of the D-pillars that work with the roof-mounted winglets. These channel air down the tailgate towards the active rear spoiler, which sits above a full-width LED light ‘ribbon’ that can change colour to indicate different messages or usage states.