Russia’s invasion of Ukraine is nearly 3 weeks now, and the conventional wisdom still hasn’t settled on an outlook. A combination of poor Russian performance has run across the grain of stout Ukrainian resistance, creating a military picture that no one had expected, along with a heft shock to the world’s commodity and stock prices. 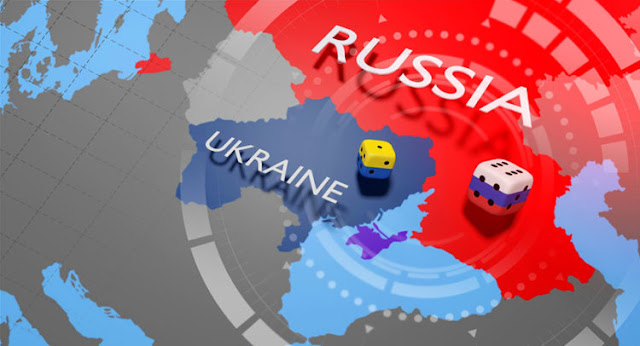 But there are some possible bright spots for investors looking for a hedge against the geopolitical turmoil. Cybersecurity, defense, and certain energy stocks are likely gainers in the coming months, as the war situation and its economic fallout will put a premium on these services.

With this in mind, we’ve used TipRanks' database to pinpoint three such stocks. Each has earned a “Strong Buy” consensus rating from the analyst community and brings strong growth prospects to the table. Let's take a closer look.

Let’s start in cybersecurity, a field that is getting plenty of press as black-hat hacking is known to be a non-kinetic military strength of the Russians – and for that matter, of Ukraine, too. CrowdStrike was an early entrant to the cybersecurity niche, and has become a leader in the field. The company’s Falcon Endpoint Protection product line is an industry standard, and offers customers a wide range of options in solutions for online and network security, with 22 cloud modules available on the popular SaaS model

CrowdStrike’s services – and its revenues and earnings – have all been gaining traction over the past year, with the increases starting long before Russia embarked on ratcheting up the tensions with Ukraine. The pandemic-inspired push to remote work, with a consequent increased need for network security, supported the gains; the Ukraine situation will only increase the spotlight on the need for proactive digital safety measures.

A look at the company’s recent earnings report, for fiscal 4Q22, will clarify the story. The top line came in at $431 million, up 63% year-over-year and well above the forecast expectations of $412 million. At the bottom line, non-GAAP EPS was reported at 30 cents, more than double the 13 cents reported in the year-ago quarter. EPS was up for the third quarter in a row; revenues have been recording sequential gains for the past two years.

The consistently strong revenues and earnings are reflected in the company’s cash position. CrowdStrike reported $442 million free cash flow (FCF) for its Q4, a company record, and had $2 billion in liquid assets on hand to close out its fiscal year.

Covering CrowdStrike for RBC, analyst Matthew Hedberg sees the strong performance continuing into the company’s fiscal 2023. He writes: “With a record pipeline into Q1/23 aided by the recent Russia/Ukraine situation and consistent track record of outperformance, we believe the bias is towards additional upside to estimates through FY/23. Overall, another strong quarter as CrowdStrike remains in rare air with outsized growth and impressive margin and FCF expansion…”

While Hedberg is particularly bullish on CrowdStrike, he is hardly an outlier here. The stock has picked up 23 reviews in recent weeks, and these break down 22 to 1 in favor of Buy over Hold. The shares are priced at $190.54 and their $264 average target suggests a one-year upside of ~39%.

For the second stock, we’ll shift over to the defense industry. Raytheon has a long history in aerospace and intelligence technology, designing and manufacturing aircraft engines, guided missiles, avionics systems, and communications and surveillance satellites, among other advanced products. The company is a major contractor for the US military, and provides important weapons systems such as the Javelin and Stinger missiles that have been making headlines in the Ukraine conflict, the Iron Dome anti-missile system, the Tomahawk cruise missiles, and the famous Patriot surface to air missile.

The defense industry is one of the modern world’s major cash cows – that was an established fact long before the Russian attack on Ukraine. Raytheon has been showing revenue and earnings increases for the last couple of years, and the company’s 4Q21 report, released in January, was no exception. While the top line of $17.04 billion was up just 4% year-over-year, earnings were stronger; adjusted EPS, at $1.08, beat the $1.02 forecast and rose 45% from the year-ago quarter.

Among the bulls is Morgan Stanley analyst Kristine Liwag, who writes of Raytheon’s current situation: “The US and NATO allies in Europe continue to deliver anti-tank and anti-aircraft weapons to Ukraine and look to replenish stocks... In 2017, the US State Department also cleared a $10.5bn sale of higher-end missile defense systems to Poland, including RTX’s PATRIOT System... We see the situation in Ukraine potentially spurring additional FMS for similar higher-end systems. We also see conviction around nuclear modernization spending potentially benefitting RTX (Long-Range Standoff Weapon)... We continue to see the ongoing conflict placing upward pressure on FMS and see RTX as best positioned given exposure to missile defense…”