The federal government is coordinating its approach to digital assets, with different agencies and departments tasked with writing reports.

You’re reading State of Crypto, a CoinDesk newsletter looking at the intersection of cryptocurrency and government. Click here to sign up for future editions. 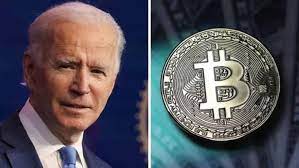 This was perhaps the biggest story in the U.S. cryptocurrency world last week. The White House ordered the government to get to work on understanding these magical internet beans.

If last year’s infrastructure bill wasn’t enough evidence that crypto is no longer a niche area, last week’s order should put any further doubts to rest.

Well, folks, it’s finally here: A sitting U.S. president signed an executive order addressing the cryptocurrency industry. And no one hated it?

Seriously, as far as I can tell, this thing’s received near-universal praise. The critiques are along the lines of “it didn’t go far enough” or that it doesn’t actually answer any of the major outstanding questions. But by and large the reception has been pretty positive.

I don’t want to get political, but it is worth marveling for a moment at the fact that we went from a president who once tweeted he wasn’t a “fan of bitcoin” to one who signed a formal document saying the crypto industry is growing, it must be monitored, guidelines should be put in place and the U.S. should be a leader in responsible innovation within the digital asset sector.

The real question is whether this actually means anything.

On a practical level, the executive order is more or less telling agencies to keep doing what they’re doing.

Treasury Secretary Janet Yellen basically said as much (“This work will complement ongoing efforts by Treasury.”) in a statement published to accompany the order.

The order also more explicitly defines the roles of the Commerce Department and National Security Agency in crypto regulation.

There are a number of reports (some of which are not referred to as reports) that the various departments will have to produce over the next six months or so.

This isn’t explicitly stated, but it seems to me that one of the main goals is to do away with the state/federal bifurcation of crypto regulation (for those of you who don’t follow this regularly: crypto exchanges are by and large regulated at the state level as money services businesses/money transmitters, while derivatives and tokens that might be seen as securities are regulated at the federal level. There's more to it than that but this is a quick tl;dr).

The key here, I think, will be seeing how these reports are used. Regulatory agencies and government wings like the Treasury Department have already announced guidance or sought specific legislation.

The Federal Reserve, for example, has said on numerous occasions that it wants Congress to pass a law authorizing the creation of a central bank digital currency before it will consider issuing a digital dollar.

More reports may lead to more specific recommendations, but that will depend entirely on Congress or the executive branch departments and how they utilize these recommendations. It’s as likely that we’ll continue with the current status quo as it is that we’ll see changes at this moment in time.

Basically, I think it’s too early to have any idea what sort of real impact this might have on a practical level.

We might see some consolidation of regulation and a move away from the state/federal split, or we might not. Both seem equally likely at this time.

Because of this, the argument that the directive doesn’t mean a lot makes a certain amount of sense.

On a symbolic level, though, this executive order seems massive.

“The United States must maintain technological leadership in this rapidly growing space, supporting innovation while mitigating the risks for consumers, businesses, the broader financial system and the climate.

And, it must play a leading role in international engagement and global governance of digital assets consistent with democratic values and U.S. global competitiveness,” a White House fact sheet announcing the directive said.

The order also addresses concerns we’ve heard about digital assets – that they might lead to financial instability or harm consumers. Once again, the order directs agencies to study these issues.

At no point does the order specify the regulations the administration wants these departments to take.