Prices: Bitcoin and other major cryptos rose a day before the U.S. central bank announces its decision on an interest rate hike.

Insights: China stocks' hard times do not seem to have affected bitcoin's price.

Technician's take: A volatile breakout or breakdown in BTC is likely this week. 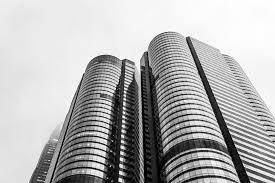 Catch the latest episodes of CoinDesk TV for insightful interviews with crypto industry leaders and analysis. And sign up for First Mover, our daily newsletter putting the latest moves in crypto markets in context.

Most major cryptos rose slightly a day before the U.S. central bank was scheduled to announce its decision on a possible interest rate hike, and despite Russia's continued attacks on Ukraine and a COVID-related lockdown in Shenzhen, a China tech hub.

Most major cryptos were in the green. Bitcoin trading remained light as investors continued to process the volatile macroeconomic climate.

Crypto prices dovetailed with major equities markets. The tech-focused Nasdaq was up 2.8%, while the S&P 500 rose more than 2%.

Russia continued to pound the Ukraine capital Kyiv and other major cities, which faced humanitarian crises the likes of which have not been seen in Europe for decades. On Tuesday, the U.K. removed Russia from its most favored trade status.

Most favored trade status, a principle established by the World Trade Organization, guarantees equal tariff and regulatory treatment among members of the group. Russia now faces a 35% increase above the usual tariffs on goods.

On Monday, an employee of Russia's state TV ran onto a live newscast holding a poster protesting the war. Her whereabouts are currently unknown.

The U.S. Federal Reserve is widely expected to increase interest rates by 25 basis points in its effort to reign in inflation that is likely to worsen with the continuation of the conflict in Ukraine.

The price of Brent crude fell below $100 a barrel a week after rising to $130, but still remains higher than a year ago.

But Safai said that "the Fed markets rate isn't something that crypto" would respond to "because they usually price it in at the beginning."

"We've known this rate was coming for a long time," he said. "Crypto traders are smart." He added: "I don't think we're going to see a lot of changes in crypto markets."

The Russian invasion of Ukraine, a European breadbasket, is likely to cause spikes in food prices due to interrupted harvests while a rise in COVID-19 cases has already led to lockdowns in China’s electronics manufacturing hub of Shenzhen, potentially disrupting production. High oil prices could cripple consumer spending.

In addition, U.S. regulators have continued to press American-listed Chinese firms for audits with the threat of delisting if they don’t comply. Chinese firms maintain the information sought are confidential state secrets and can’t be disclosed.

Ling pointed to JPMorgan’s downgrades of 28 Chinese stocks listed in the U.S. and Hong Kong, as well as the bank’s comments that Chinese tech stocks are “uninvestable” for six to 12 months as fuel for the industry-wide sell-off in those shares.

“The recent industry-wide sell-off is likely to continue in the absence of valuation support,” he said.

All this has hurt Hong Kong’s Hang Seng Index, which is a hub for China-listed shares that are accessible to the outside world. Investors have priced in the threat of delisting and accelerating hostilities – and Hong Kong’s own out-of-control COVID-19 situation to top things off – giving the market its worst days since 2008.

Yet, bitcoin has marched on. It has been a fairly boring week for the world’s largest digital asset because it has been bouncing around plus or minus 2% all week. Yes, in some ways this is what it is designed to do by acting as a safe haven for capital.

However, we’ve seen in recent months that bitcoin has begun to trade like a risk asset rather than an inflation hedge, making bitcoin’s absence in this market skirmish curious.

Is it because capital is headed back to the U.S. where it sees opportunity and is not necessarily fleeing? Or could it be a planned de-coupling? “The plummeting of Chinese concept stocks is no longer the normal operation of stocks but something that incites Western funds to decouple from Chinese concept stocks, causing chaos in the Chinese economy,” Bizantine’s Ling said.

More likely the only thing on crypto’s mind now is the Federal Reserve meeting and the announcement expected afterwards. Inflation and interest rates are on the top of the agenda, and crypto is certainly going to once again come up on the minutes.