(Bloomberg) -- Aptos Inc. is the latest crypto effort to spring from the dashed dreams of Diem, the abandoned digital currency project of Meta Platforms Inc.

Founded just four months ago, Aptos on Tuesday said it had raised $200 million at a valuation of more than $1 billion. 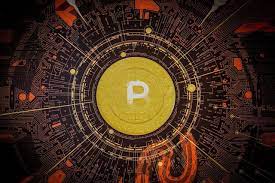 Aptos Chief Executive Officer Mo Shaikh declined to give the company’s exact valuation other than to say it had reached unicorn status.

Shaikh said that he and Avery Ching, now Aptos’s chief technology officer, left Meta in December after its Diem stablecoin project failed to make progress. Shaikh was part of the team building the Diem blockchain.

“We did not feel right that something like this couldn’t make its way to market despite all the work that we had done,” he said. Shaikh and Ching went on to found Aptos, a remote-first company with much of its 25-person team based in Palo Alto, California.

Meta had been trying to release a stablecoin since 2019, back when its cryptocurrency was called Libra. But after scrutiny from Congress, a rebrand to Diem, pushback from the U.S.

Federal Reserve and the departure of Meta’s crypto chief David Marcus at the end of last year, the project came to a close.

The Diem Association, which received support from Meta, sold its intellectual property to Silvergate Capital Corp. for $200 million in January.

Shaikh said the expertise his team developed at Meta went into the Aptos blockchain.

It’s currently in a testing phase with access open to blockchain developers, but has a public launch planned for the third quarter of this year.

Most Read from Bloomberg Businessweek