Cofounders Akin Adebowale and Ousman Sahko revealed at SXSW in Austin, Texas, this weekend their blockchain developments and introduction into Web 3.0, which includes a new NFT marketplace called BTX and a new cryptocurrency named Blackrose “BRS.”

BTX, launching this spring, will be the first global marketplace exclusively designed to serve Black creatives in art, stories and perspectives and Blackrose is a token built with a dedicated allocation for Black initiatives. 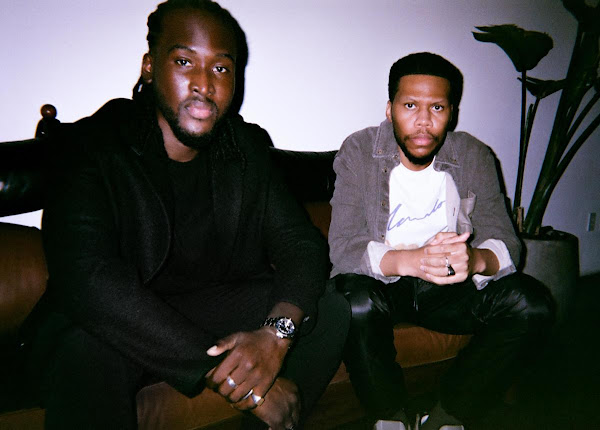 The developments will make Blacktag one of the first platforms to integrate livestreaming with blockchain and NFTs.

Adebowale and Sahko see the benefits of the blockchain and how it can create economic empowerment and freedom for Black creatives by removing intermediaries between the creators and their audiences.

Blacktag was built to serve Black creatives, and these new developments will allow for the creatives to have more control.

“What we’ve seen and why this came to exist is seeing the creator economy shift from social capital to creator capital,” Sahko said.

“The economic value went to the platform and not the creators. Black creators make significantly less — it’s what we built the actual platform on.

Modern business will continue to have a major shift in business model from advertising and this allows our product to explore virtual ways to express identity through content. It’s an exciting era for Web 3.0.”

The duo explored solutions like fintech and adtech as potential innovations to support their mission, but felt nothing had as great an impact as blockchain technologies.

They explained how artists can leverage the power of smart contracts to minimize the number of middlemen they work with. Jasmine Cogdell, Blacktag’s vice president of marketing, sees blockchain’s open records as a way for companies that claim to support Black artists and creatives but don’t to actually “put the money where their mouth is.”

“The world is moving into Web 3.0 regardless and we’re in a position to take charge in a space dominated by white people,” Cogdell said.

“This is built with the intention to help the masses instead of retrofitting.

Even with the power of Blackrose, a percentage is already going to be used for community efforts. It was built that way and that alone will help future generations and that is super powerful.”

BTX is intended to help Black creatives earn more revenue and own and interact with their fanbase through experiences and rewards, as well as support their causes and connect with brands.

The cryptocurrency BRS is designed to help in the diversification of Black income streams and will be the token of choice for transactions on the platform.

Both BTX and BRS leverage the Ethereum network, which Adebowale explained was intentional for its association with NFTs and smart contracts, as well as its speed, layer 2 solutions like data privacy, and lower gas fees.

“It’s utility, that’s the idea,” Adebowale began. “When you look at the technology and what you can do, it’s beyond collectibles.

It’s about royalties, dividends, real world conversions, ticketing, doing fractional ownership on content. There is so much that supports the creative space. Utility will be the longevity of the space.”

The duo unveiled Blacktag in 2020 with a $3.75 million seed round led by Connect Ventures and partnerships with actress and producer Issa Rae and entertainer Common.

They officially launched the global media and entertainment platform in October 2021 with more than 5,000 users and 100 featured creators, including Denim Tears designer Tremaine Emory and T.A. founder Telsha Anderson, with around 500 more to come.

The platform’s next iteration is set to launch this spring with BTX, while their BRS token is set to be publicly available by the fourth quarter.

“Decentralized systems like this currency allow Black communities to flourish,” Sahko said. “It’ll no longer be a white boys club.

We have to build in a way for our community to catch up and blockchain tech should be open source.”

The concept of decentralization sounds good and gives ideas that push in the right direction.

We no longer have to rely on a few flawed individuals to do the right thing and now we move towards independence and self-reliance. The new Black Wall Street is digital.”