The difficulty of mining a bitcoin block dropped 0.35% on Thursday, the second time this month, after a consistent climb since November. 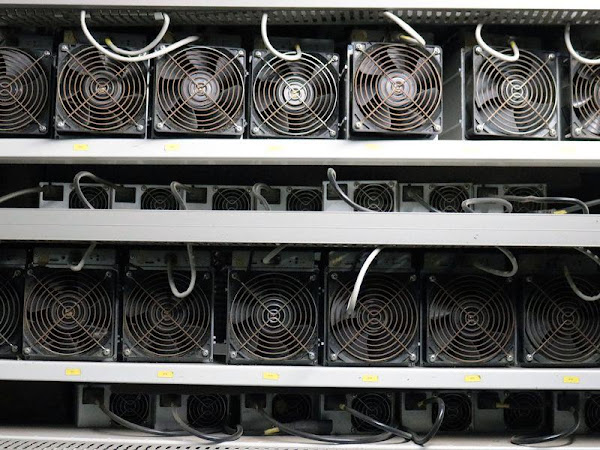 The difficulty adjusts automatically relative to the computing power on the network, also known as the hashrate, to keep the time between each mined block relatively stable at 10 minutes.

The bitcoin mining hashrate has dropped from an all-time high in February of 248 exahash/second (EH/s) to 216 EH/s on March 17, according to data from Glassnode.

As energy prices increase globally, we will likely see more ASICs fall off the network," Compass Mining founder and CEO Whitt Gibbs told CoinDesk in a Telegram message on Friday.

Electricity prices are soaring across the world as one of the world's largest exporters of fossil fuels, Russia, is enthralled in a war with Ukraine, and global energy supply chains are being severed by sanctions.

"My bet is that Kazakh miners going offline due to electricity shortages and a government crackdown on illegal mining caused the drop," Jaran Mellerud, researcher at Oslo-based Arcane Research, told CoinDesk.

On March 15, Kazakh authorities said they seized almost $200 million of equipment from crypto mining operations as they crack down on illicit mines.

Legally operating miners in Kazakhstan had their power cut off at the end of January, as the government struggled with energy shortages.

"Using HashrateIndex's prices per TH (terahash, a measurement of the hashrate, the computing power on the bitcoin mining network) for rigs with medium efficiency, the Kazakh government should have seized around 3 TH/s worth of mining rigs, equivalent to 1.5% of Bitcoin's hashrate," Mellerud said.

Despite the fact that North American miners continue to plug in new machines, "the withdrawal of capacity from Kazakhstan is currently limiting bitcoin's hashrate growth," he said