Stillmark, a major investor in the Bitcoin Lightning network and Lightning infrastructure provider Voltage, announced today that it has appointed former Google X engineer Vikash Singh as its principal investor.

Stillmark has so far raised $40 million, specifically for investing in startups that utilize Bitcoin and the Lightning network. 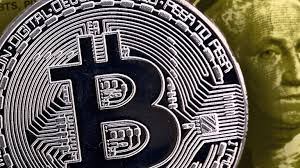 Stillmark said that its first fund was oversubscribed twice-over.

Prior to Google X, Singh spent five years at Heal, a Series D stage healthtech company that utilizes AI and deep learning, which he joined at seed stage.

In an interview with CoinDesk, Singh called Bitcoin a “moonshot” technology that’s a fundamental evolution of financial technology which levels the playing field for many people.

Singh wants Bitcoin to be a “stable base layer for people to be their own bank and be independent.”

Compared to other cryptos it's a “clear winner in the race for money over the internet,” he said.

The Lightning Network, one of Stillmark’s earlier portfolio companies, has been fundamental in El Salvador adopting bitcoin as legal tender and making it available along side cash as a payment mechanism.