Apple's iPhone lineup ranges from $429 to $1,599. Here are the best iPhones to match your needs and budget.

Apple's iPhone lineup used to be rather limited and simple. When Steve Jobs announced the original iPhone over 14 years ago, there was just one model and it was only available on AT&T. So, if you wanted an iPhone, the only decision you had in 2007 was whether you wanted 4 or 8GB of storage. 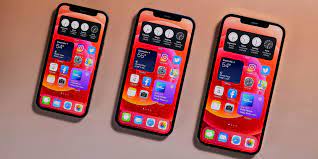 Much has changed in the past decade and a half. You can find an iPhone to fit into any budget and meet anything you need your smartphone to do. When Apple released four new iPhone 13 models in 2021, we were impressed by the upgrades. The phones had new cameras, more storage, bigger batteries and brighter screens.

That doesn't mean they are the best iPhone options for everyone, though. Apple currently has a total of eight iPhone variants on the market right now, with prices ranging from $429 for the iPhone SE to $1,599 for the iPhone 13 Pro Max, when configured with the maximum 1TB of storage. The best iPhone for you will be one that has the technology you'll use and one that's offered at a price in your comfort zone.

We've broken down all the models on the market so you can decide the best iPhone to suit your needs. Miss the home button? Then check out the iPhone SE. Like the iPhone 13 design, but not its price? Consider last year's iPhone 12 and 12 Mini. Want a small phone with a good battery life? Then the iPhone 13 Mini is a must. And what about the two-year-old iPhone 11, is it still worth it? In short, yes.

To complicate your decision, some iPhones have two cameras, others have three and still others have four (including the front-facing selfie camera). There's also the fact that nearly every current iPhone model has Face ID except one: the iPhone SE. Having a lot of options isn't bad, but can feel overwhelming when buying a new iPhone.

To help you figure out which is the best iPhone for you, I thoroughly reviewed and tested each one on this list, from their batteries to camera performance. I included current iPhone prices, though iPhone deals are known to happen, so don't assume your only option is paying full price.