The Argentine Senate approved on Thursday night a debt deal of $45 billion with the International Monetary Fund (IMF) linked to an agreement that includes a provision discouraging the use of cryptocurrencies.

The debt deal, also approved by the Chamber of Deputies on March 11, will serve to restructure a $57 billion program the country received in 2018. 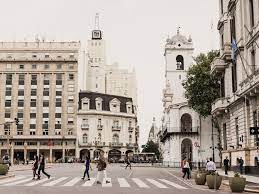 For its part, the cryptocurrency provision was included in a letter of intent signed by Argentina and the IMF on March 3, which now needs to be approved by the IMF board.

The provision, entitled “Strengthening financial resilience,” says: “To further safeguard financial stability, we are taking important steps to discourage the use of cryptocurrencies with a view to preventing money laundering, informality and disintermediation.”

Argentina also plans to continue its payment digitalization process “to improve the efficiency and costs of payments systems and cash management,” according to the letter of intent.

The Latin American country, which recorded year-on-year inflation of 52.3% in February, has become one of South America’s the leading crypto hubs in the region. Stablecoins purchases increased six-fold in 2020, according to information provided by local exchanges.