Commentary: An iPhone subscription service could be a step toward an all-recycled iPhone.

You might soon be able to upgrade your iPhone the same way you pay for Netflix, Amazon Prime and the many other products you rely on: a subscription. That's according to Bloomberg, which recently reported that Apple is developing a subscription plan that would let customers pay a monthly fee for an iPhone rather than buy it outright or through installments. 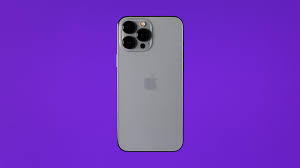 Leasing iPhones instead of selling them traditionally -- if the idea catches on -- could put a serious dent in the tech industry's growing mountain of e-waste.

Since launching the iPhone in 2007, Apple has shipped enough smartphones to circle the Earth more than a dozen times. And Apple's mammoth success, alongside countless other computer and gadget makers, has come at a high cost, counted in tons of aluminum, cobalt, copper, glass, gold, lithium and many other raw materials that go into making the device you're reading on right now.

A leasing program could help Apple move closer to its goal of creating an iPhone completely sourced from recycled materials, all while convincing users to upgrade their phone every year. More subscribers would equal more revenue for Apple and potentially more iPhones with recycled materials inside.

There are other reasons a program like this could be smart. Leasing iPhones instead of selling them would give fans an easy way to upgrade to the newest model without swallowing the high lump-sum prices Apple charges for phones like the $699 iPhone 13 Mini or $1,099 Pro Max. For Apple, an iPhone subscription offering would likely result in a healthy boost to two of its most important business segments: revenue from the iPhone and digital services like iCloud and Apple TV Plus.