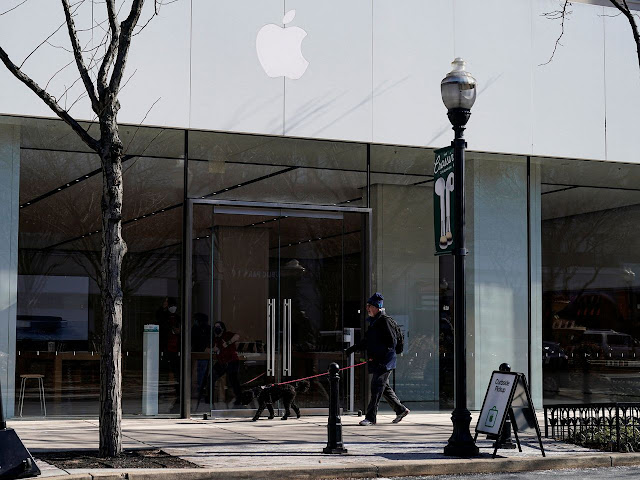 Travel demand is circling back to airlines. Delta Air Lines and other carriers said that ticket sales are roaring despite higher prices. “That surge couldn’t come at a better time,” Delta President Glen Hauenstein said at an investor conference Tuesday. As a result, airlines expect to be able to absorb higher jet fuel costs by paring back flying capacity and passing the costs along to customers. On Thursday, Delta also said it will give its workers their first pay raise since before the pandemic, raising most employee wages 4%. Delta shares gained 8.7% Tuesday.

It’s now easier for parents to police what their children see on Instagram. On Wednesday Meta started rolling out parental controls on the Instagram app for the first time. The tools let guardians see and limit how much time their teens spend on Instagram, view what accounts their teens follow and who follows them and let teens notify their parents when they report inappropriate behavior. The company also plans to make the tools available on its other platforms. Meta last year suspended plans for a version of Instagram tailored to children after lawmakers and others voiced concerns about Instagram’s effects on young people’s mental health. Meta shares rose 6% Wednesday.

A familiar face is returning to Starbucks. Howard Schultz is coming back to lead the coffee chain for the third time after the company said Wednesday that Kevin Johnson will step down as CEO and board director as of April 4. Mr. Schultz will serve as interim CEO and return to the company’s board, Starbucks said. He is expected to set innovation strategy and weigh in on a successor. The moves come as the coffee chain faces a unionization push and rising costs as it works to move past the Covid-19 pandemic. Starbucks shares rose 5.2% Wednesday.

Lyft wants a lift from riders as gas prices rev higher. The ride-hailing service said Wednesday that it will impose a fuel surcharge as Russia’s war in Ukraine fuels a spike in energy prices. Riders will pay that fixed 55-cent fuel surcharge on every trip, which would go to drivers. Lyft is the latest gig-driving company to address surging prices. Rival Uber Technologies Inc. also recently announced a fuel surcharge for U.S. riders. Grubhub Inc. raised the per mile pay for couriers, while DoorDash Inc. introduced a fuel rebate for its couriers. Lyft shares increased 5.9% Wednesday.

That’s a wrap on Amazon’s purchase of the MGM movie and television studio. The tech giant closed on its $6.5 billion acquisition Thursday, even as the Federal Trade Commission continues to examine the deal. The deal is Amazon’s second-largest acquisition, following its 2017 deal to buy Whole Foods. MGM will be part of Amazon’s Prime Video and Studios unit, adding to its holdings 4,000 films including the James Bond franchise and thousands of TV episodes. Meanwhile, the company remains under intense antitrust scrutiny because of its size and power in a number of different industries. Amazon shares ended 2.7% higher Thursday.

Have medical debt? It could soon disappear from your credit report. Equifax, Experian PLC and TransUnion plan to strip tens of billions of debt from consumers’ credit reports, The Wall Street Journal reported Friday, easing a burden that makes it harder for millions of Americans to borrow. Starting in July, the companies will remove medical debt that was paid after it was sent to collections, and new unpaid medical debts won’t be added to credit reports for a full year after being sent to collections. The firms also plan to remove unpaid medical debts of less than $500 in the first half of next year. Equifax shares added 0.7% Friday.