Amid War in Ukraine, Should Ordinary Russians Be Banned From Trading Crypto?

Blocking all cryptocurrency operations in Russia would increase the impact of Western sanctions. But experts are divided on whether it would do more harm than good.

As Russia's war on Ukraine intensifies, the US and its allies have continued to increase their economic pressure on the Russian government, to isolate the country further from the global financial system and debilitate its military capacity. 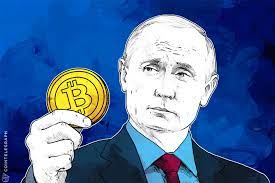 Western allies have frozen Russian assets abroad, removed Russian banks from international banking networks and even banned all gas and oil imports, among other unprecedented penalties. But there's still growing concern that Russian President Vladimir Putin and his supporters might turn to cryptocurrencies to avoid economic sanctions.

With their ability to operate as alternatives to the traditional financial system, cryptocurrency exchanges -- digital marketplaces where you can buy and trade digital currencies -- have become an effective option both for Ukraine supporters to raise funds for relief efforts and for ordinary Russians to seek financial shelter from the economic sanctions imposed on their country.

That's why both the Ukrainian government and advocates for even further economic penalties against Russia have become increasingly vocal about the role crypto exchanges can play in the conflict.

Hundreds of Western businesses, such as oil companies Shell and BP and tech players Netflix and Microsoft, have scaled back or halted their dealings in Russia since the beginning of the war. And some people argue that similarly stopping crypto operations in the country could significantly weaken Putin's hold on Russia's economy and its citizens.

"I'm asking all major crypto exchanges to block addresses of Russian users," Ukraine's vice prime minister and minister of digital transformation, Mykhailo Fedorov, tweeted Feb. 28. "It's crucial to freeze not only the addresses linked to Russian and Belarusian politicians but also to sabotage ordinary users."

Fedorov also sent letters to eight cryptocurrency exchanges, including two of the largest by volume, Coinbase and Binance, asking them to stop offering service to Russian users out of concern digital currencies are being used to evade sanctions.