In this world, big leads are awfully hard to come by. That's true in the auto industry, too. If you're smart enough -- or lucky enough -- to stumble into one, you'd better work like hell to protect it. Nissan had just such a lead: Nobody, and I mean nobody had an affordable, mass-market electric car on sale during much of the Leaf EV's lifetime. In fact, beyond the Tesla Model S (which arrived shortly after costing nearly twice as much), there were no other electric cars available during the Leaf's formative years. It took ages for a competitor to surface. 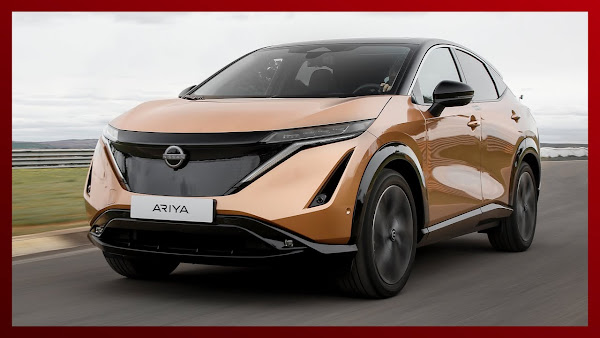 Today, we're knee-deep in the electric revolution with dozens of EVs on sale globally, yet it's taken over a decade for Nissan to introduce its second battery-powered model, the Ariya SUV. It's fair to ask, "What the heck happened?" But for the moment, let's start with a simpler question: Was the 2023 Nissan Ariya worth the wait?

Starting with the Ariya's most obvious first impression -- its looks -- my answer is yes. This crossover appears modern, distinctive and premium in a way that many of its rivals do not. There's simply more visual interest and complex surfacing on this Nissan than on the bland, corporate Volkswagen ID 4 or the faceless, slipstream-to-a-fault Tesla Model Y, not to mention the Ford Mustang Mach-E, whose designers only somewhat successfully reconciled applying historic muscle-car cues to its utilitarian shape.

The truth is, the Ariya looks like it could be the next-generation Murano, a model that's always pushed design boundaries like few other SUVs. However, at 182.9 inches long, the Ariya is actually smaller. It's sized like Nissan's ultra-popular Rogue on the outside, yet its 109.3-inch wheelbase is several inches longer, giving the design a planted, wheels-at-the-corner stance while maximizing interior space.

Underneath that crisp attire lies the first application of Nissan's new-from-the-ground-up platform designed explicitly for EVs. In the case of my European-spec prototype tester, the architecture houses a low-slung 63-kilowatt-hour lithium-ion battery. This is the smaller of two packs that will be available at launch, with the larger 87-kWh unit pegged to provide 300 miles of range.