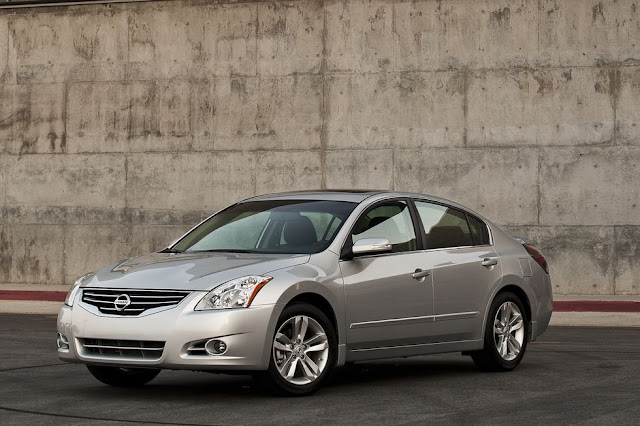 There was a time when Hollywood was amazed and amused by A-lister Leonardo DiCaprio cruising around town in a Toyota Prius. Then the movie stars were entertained by Jennifer Lawrence and her Volkswagen Eos. There are plenty of other examples of people with more than enough money decidedly not spending it on expensive vehicles.

Over in the world of baseball, we have Brandon Nimmo, an outfielder for the New York Mets who just signed a new one-year, $7 million contract to stay on the team. The only reason we care here today is because Nimmo isn't likely to spend his fortune on a new car. He’s been playing with minor league teams affiliated with the Mets since 2011 and has been in the majors since 2016, so he’s had money for some time. MLB.com estimates Nimmo has made over $10 million throughout his career (not counting the new contract). And even so, the car he is driving around spring training this year is decidedly affordable: a 2010 Nissan Altima sedan with around 65,000 miles on it, which is worth around $7000 to $8000 on the used-car market these days.

Nimmo's reasons for driving an Altima in a sea of pricier cars driven by his teammates are logical and sentimental. Speaking to MLB.com, Nimmo said the car "keeps me humble" and is actually a much smarter car to drive around town than more expensive options. "It still does what I need it to do," Nimmo told MLB.com. "When I throw luggage in the back, do I want to be doing that on a $100,000 Mercedes?"

Nimmo's Altima is still kicking around for sentimental reasons, too. He told MLB.com that he got the car after graduating from high school in Cheyenne, Wyoming, because some of the money his family had saved up for college became available when he got a scholarship to the University of Arkansas. He later discovered an Altima was just the thing on the streets of his new home.

"When I got to New York City, I was like, 'Oh my God, I've got to be a defensive driver all the time,' " Nimmo told MLB.com. "People are always trying to cut in front of you. I was like, 'You know what? I don't need a nice car, because you've got to play chicken with these people anyway. If the Altima gets a little beat up, I don't care."

Nimmo told the baseball publication that he also owns a 2011 GMC Sierra that he uses when he is back in Wyoming, but for now he seems to be keen on keeping the Altima on the east coast. Sure, Bluetooth and a backup camera would be nice, he told MLB.com, but that'll come in time. For now, the Altima isn't going anywhere.