More than 30 crypto thefts in a month

In April alone, at least 31 major crypto thefts were recorded, with more than $370 million stolen. 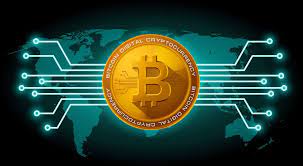 During the FEI Protocol incident, the company offered to pay the hacker $10 million "bounties" in exchange for the stolen funds, but has not yet responded. Hackers are transferring this money to the Tornado Cash mixer for dispersal. And Saddle Finance was lucky to have security company BlockSec help protect the amount of 4 million USD by trying to exploit the same vulnerability that hackers used.
In the crypto sphere, recovering stolen funds is almost impossible without the coordination of exchanges and the attackers themselves. According to Vice, many of these projects are trying to negotiate with hackers to get their money back and users. This method has worked in a number of cases before, such as the theft of $600 million in cryptocurrencies from Poly Network or the $3 million case from the Multichain blockchain service. The hacker has returned some or all of the stolen cryptocurrency.
Banking bitcoin Money