Will Smith's slap and the wildness of the coin meme

By news tets - May 16, 2022
Ryan Watson, a 29-year-old crypto investor in New York, didn't watch the Oscars, but was elated when the Will Smith Inu coin meme was born
Watson went to bed as the 2022 Oscars took place, where Will Smith caused controversy for slapping Chris Rock. But two days later, the event interested him in another way: it spawned a meme coin, named Will Smith Inu.
The fact that this cryptocurrency was created after the actual slap is not surprising. By definition, a coin meme is a cryptocurrency associated with viral images, moments, and Internet jokes with short-term value, often tending to rapidly rise or fall. There are also some like Dogecoin and Shiba Inu that are long-lived, accepted for payment by Tesla or GameStop. Even so, most are seen as a risky investment without any clear purpose.
Early participants can still make a hefty profit. That's why two days after the 94th Academy Awards, Ryan Watson bought a $5,000 worth of Will Smith Inu. The coin had a trading volume of up to three million USD but dropped to almost zero after just one week. The short-term price increase actually presents an opportunity for investors like Ryan Watson, who has already made $20,000 in cash. 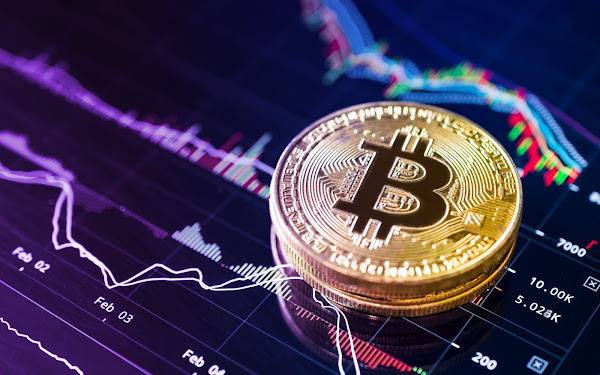 "Fear of money doesn't make money," says Watson.
But at the rest, thousands of people are facing the wild world of meme coins as they struggle to recover their initial capital.
Once considered a humorous version of cryptocurrency, the coin meme is now rife with scams. Nearly all analysts agree that participation is essentially a form of gambling. "It's a zero-sum game. If someone is getting rich, a lot of other people are losing money," said David Hsiao, CEO of crypto magazine Block Journal.
The coin meme began to appear in 2013, when the image of a Shiba Inu dog named Doge became famous. The Dogecoin digital currency was originally created with the aim of satirizing Bitcoin. But in 2021, as cryptocurrencies explode and move towards mainstream approval, the sector begins to thrive. Experts say that during the quarantine period due to the epidemic, many people look to the digital currency investment channel. Reputable crypto projects are overvalued, difficult for beginners to access, so owning millions of meme coins for just a few hundred dollars is attractive. Besides, the number of buyers is large, so they can increase the price by 1,000, even 10,000 times, thereby creating an increasingly large wave of FOMO in the crypto community.
Billy Markus, the co-founder of Dogecoin, started expressing his distaste for the coin meme in February. In his Twitter post, he claimed that they were filled with spam ads, lies about the founder, words overpromising and also efforts to attract Elon Musk's attention for promotion. "Current coin memes aren't even memes. They were created by people trying to get rich from other people," he said.
According to CoinMarketCap, the market has more than 300 meme coins, of which 20% have a daily trading volume of over 100,000 USD by the end of 2021. As of April, their value fluctuates around 32 billion USD and blocks daily transaction volume is about 2 billion USD.
However, according to Ethan McMahon, an economist at crypto research firm Chainalysis, many meme coin investors are not interested in the finances of any particular coin. Their goal is to find a new coin that is likely to be trending, buy in bulk, and sell as soon as the coin makes a profit or starts to decline in value.
"It's like a musical chair game," says Mac Mahon. "Everybody thinks they can get on a chair before it's all over."
For investors like Watson, risk is simply a prerequisite for access to a range of benefits: financial freedom, quick returns, and a break away from the traditional path of finding a career and rights force. "No matter how much time I spend at a job, I never get promoted. That's why I'm doing things like this," he said.
According to experts, with the right software, anyone can buy a meme coin for a few hundred dollars in minutes, easily creating an opportunity for scammers. The creator of the coin meme can control how much money is generated, which is often extremely high numbers, like billions or trillions, to ensure the value of each coin is much less than per cent. For example, after the night of the Oscars, buyers can own Will Smith Inu for just $0.0000002176.
One of the more common scams is rug pull. This popular term from 2021 refers to the sudden abandonment of a project by a certain cryptocurrency development team and all the money obtained from the investor. Chainalysis says this scam cost investors a total of nearly $3 billion last year.
In November 2021, the meme coin based on the hit Netflix series Squid Game also increased in price for 11 consecutive days to $2,860. After that, the project developer suddenly disappeared with $3.3 million of investors' money, causing the price of this coin to drop to 0. Statistics show that this cryptocurrency has sometimes increased in price by up to 23,000% but is now worthless.
Experts say that if you want to invest in venture capital, players should only spend 10-20% of the capital, the rest for other more secure platforms. These coins can multiply 100 times in value overnight but can also go to zero at any time. The line between a potential project and a scam is sometimes only a "push beat" from the publisher.
"Depending on each person's financial situation, but remember meme coin is just like a lottery. That means when buying, you must determine that you may lose your investment," said Ms. Nhu Thao, administrator of the Tradecoin Underground forum, speak. "Also, some new entrants to the market often mistake the listing price of the meme coin, which has a lot of zeros after the comma, so they think the price is very cheap and buy continuously without realizing they might be peaking." . Before investing, players need to consider the total supply of that token, market capitalization, trading volume... then make an investment decision to avoid unnecessary risks.