By news tets - May 16, 2022
Van Quyen (Quang Nam) spent 12,000 USD to buy Dogecoin last October, but now his assets are just over 7,000 USD.
Quyen said, he put his faith in Dogecoin when the digital currency reached 0.24 USD per coin. He bought it after hearing some rumors in online groups that Dogecoin would soon skyrocket and reach a value of 1 USD per coin. "Dogecoin is continuously supported by technology billionaire Elon Musk, so I believe more," he said.
But after three months, his account is now more than 7,000 USD, when the value of this digital currency is 0.15 USD per coin.
On social networks, many people admit to heavy losses in a short time when playing meme coins - the common name of digital currencies inspired by popular images on the Internet, such as pictures of cats and dogs, or a copycat. a trend, an event in reality.
Like Mr. Quyen, Duy Thanh (HCMC) also spent $5,000 on Shiba Inu in October. He bought this digital currency at $0.0006 per dong and believes it will continue to grow strongly. But now with the price of 0.000028 USD, his account is just over 2,000 USD. 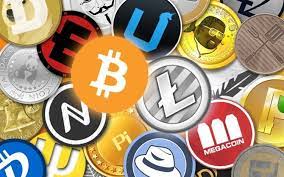 Unlike famous cryptocurrency projects like Bitcoin, Ethereum, meme coin was born for entertainment purposes, does not carry background technical value or solve any problems in life. Therefore, it is considered a "billion dollar joke" in the crypto world. Most people play meme coins for fun or speculation, so .
"It was my roll of the dice with Shiba Inu. I and many others thought it would soon hit 0.01 USD or even 1 USD, but my account is now more than halved," the account said. named djcau5e said on a Discord channel for interested Shiba Inu.
On Twitter, another account, Shibetoshi Nakamoto, posted an image with the content: "Did I waste my life investing Dogecoin?". The post attracted more than 2,500 likes and hundreds of comments, many of which admitted to having misplaced trust and just wanted the cryptocurrency to rise again.
Last year, cryptocurrencies, especially Dogecoin and Shiba Inu, grew very strongly. Dogecoin - the coin supported by Elon Musk many times - rose to $0.75, before falling to $0.15 per coin. Shiba Inu had a strong rally and peaked at 0.000875 at the end of October, but is now down more than 65% and continues to fall, according to CoinMarketCap.
According to Bloomberg, the coin meme seems to have lost interest and was on the decline earlier this year. After a period of strong growth, the transaction volume of these digital currencies now reaches several hundred million USD per day, instead of billions of USD as a few months ago.
Cryptocurrency investment and consulting firm Motley Fool also believes that meme coins, especially "dog and cat" coins like Dogecoin, Shiba Inu or other spin-offs like Dogelon Mars, Floki Inu... are slowly running out. time. The company believes that players should stay away from such cryptocurrencies in 2022 if they do not want to suffer losses.
However, some other experts say that removing meme coins like Dogecoin or Shiba Inu from the market is very difficult because there are still a large number of loyal investors. According to Forbes, the coin meme has crossed the line of being a joke and built a niche of its own. These two coins still hold the 12th and 13th positions on the ranking of the most popular cryptocurrencies by market capitalization.